The Rolls-Royce Corniche is a two-door, front-engine, rear wheel drive five-seater manufactured and marketed by Rolls-Royce as a coupé and convertible from 1971 to 1995.

The Corniche was a development of the Rolls-Royce Silver Shadow and was assembled and finished in London at Mulliner Park Ward as continuation of the 1965 Silver Shadow coupe and 1966 drophead, with the Corniche name applied in March 1966.

The Corniche, available as coupé or convertible, used the standard Rolls-Royce V8 engine with an aluminium-silicon alloy block and aluminium cylinder heads with cast iron wet cylinder liners. Twin SU carburettors were initially fitted, but were replaced with a single Solex 4A1 four-barrel carburetor introduced in 1977.

A three-speed automatic transmission (a Turbo Hydramatic 350 sourced from General Motors) was standard. A four-wheel independent suspension with coil springs was augmented with a hydraulic self-levelling system (using the same system as did Citroën, but without pneumatic springs, and with the hydraulic components built under licence by Rolls-Royce), at first on all four, but later on the rear wheels only. Four wheel disc brakes were specified, with ventilated discs added for 1972.

This left hand drive Rolls-Royce Corniche with chassis number # DRA 13858 has been used at the Cote d’Azur, at the holiday estate of a British business tycoon. The color scheme, maroon brown for the exterior with a saddle leather interior, suits the car very well. The car is well maintained (brakes system, hydraulics, etc etc) and is recently overhauled. This Corniche is a very good driver, though needs some TLC (paintwork, bright work). The electrical hood is functioning properly.

This car is part of the collection from The First National Rolls-Royce & Bentley Museum of the Netherlands.

This is your chance to buy a classic cabriolet that will get you where ever you want to go in style. Prices for the Corniche are still low but rising, so this a good time to buy. This is certainly a car to fall in love with!
This car is currently in auction at https://auction.catawiki.com/kavels/13206595-rolls-royce-corniche-1973

This lot can be viewed and picked up in Arnhem, Netherlands.

This is a used vehicle. It is highly advisable to view the vehicle before bidding, to avoid disappointment afterwards. To arrange a viewing appointment or for more info, please contact Catawiki. Offers are excluding transport and export, unless otherwise indicated. 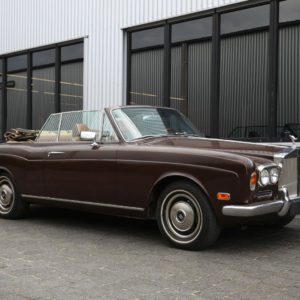 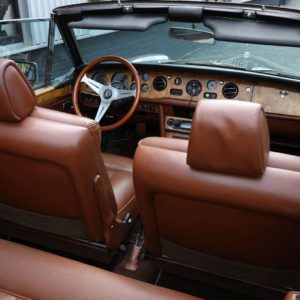 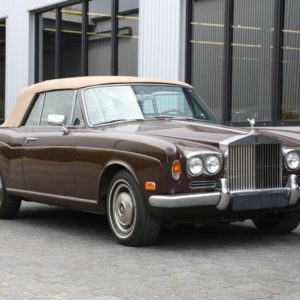 One day after order

Back to Pre-owned cars
Please Share This
Related Posts